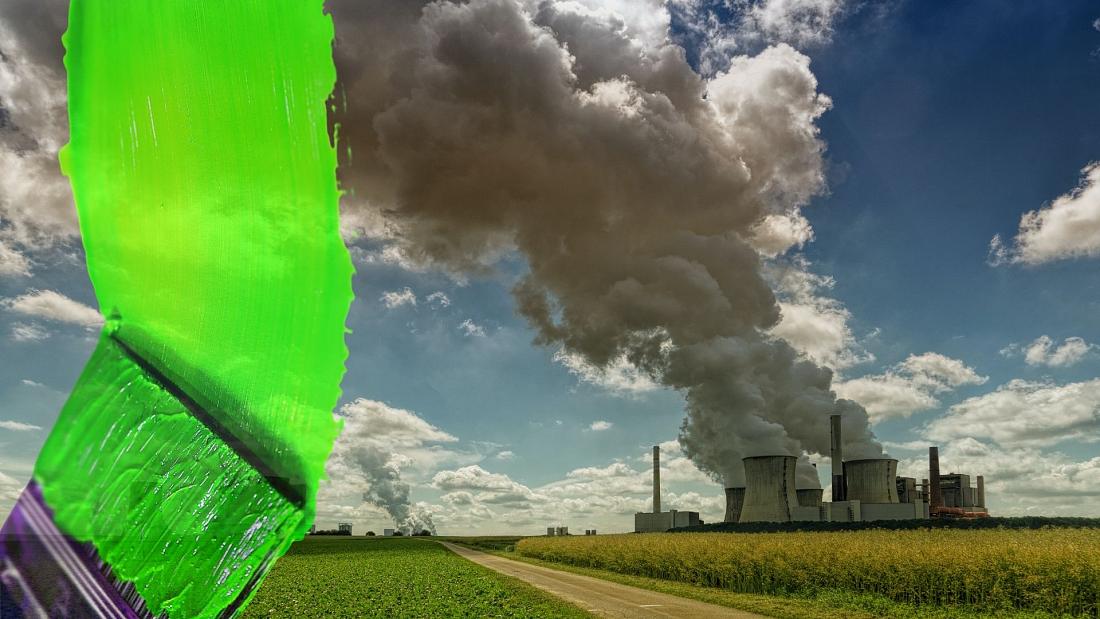 Greenwashing is a term that is used a lot these days, and I wanted to talk about exactly what it is and some of the more sneaky ways in which companies will act like they are taking real action to improve the environment or reduce their environmental footprint, without actually doing so.

So, greenwashing means just that, putting up a public facing image of environmental action and conscientiousness while behind the scenes little to no change is being done, or the company is actively working against their publicly stated environmental goals.

So, if you care about the environment and want to be better at spotting greenwashing efforts by companies, here are a few things to look out for.

Being in the food business, we see a lot of talk from different companies about the type of packaging being used in their products.  There is a lot of consumer demand for less plastic in the products that they purchase.  But replacing plastic is hard, and many companies will try to act like they are making changes without actually doing anything.  The best example of this is initiatives that we see from companies trying to tout changes to their packaging.  They will proclaim that all or a certain percentage of their products will be “recyclable” by a certain date.  That’s a nice claim, but by saying “recyclable”, they are not barring plastic packaging.  Since plastic is technically recyclable, even though it is costly and cannot be recycled in all locations in the US, this type of packaging still technically qualifies as acceptable under this that is supposed to cut down on bad types of packaging.  In other words, no action has to be taken and nothing has to change.  Perfect greenwashing again.

Now, I say all of this while also knowing that it’s not easy to make these changes.  As a business owner, I know how hard it is to remove plastic from your operation, to pursue important changes while keeping the price of your product low.  So I don’t blame other businesses or hold it against them for not making these changes willingly.  However, I cannot stand by and let other companies offer these phony solutions and promises and not say anything.  Because the only reason they do it is because they think they can get away with it.  That consumers won’t notice or care enough that they don’t actually take meaningful action.  I promise you, companies do listen when people push back against their greenwashing claims.  Their brand identity is very valuable and they do not want it to be tarnished.  So when you see them doing these things, trying to pass off a half-measure or plan with no meaningful action, let them know that you don’t believe it and you want to see evidence of what they’re actually doing.

For my company, we still have a lot of plastic in our supply chain.  We’re trying to make changes, but it’s very expensive.  We’re working on other initiatives as well that are designed to minimize our environmental impact (more details soon on these), but those take time and aren’t necessarily easy either.  But it’s important to me personally so I know that I will get them done.  I request that you hold me accountable as well.

To be honest, I think the biggest problem lies in looking to corporations for guidance and self-determination on important issues like climate change and the environment.  Corporations are no guiding light, and are not designed to not look out for anyone or anything but itself.  The goal of a corporation is to make money, and they will only act favorably for the environment if it will help them make money.  Or, they fear they will lose money by not acting a certain way.  In this era where identity is king, corporations use brand identity to align themselves with causes that their customers find important.  This also extends to things like LGBT rights.  Go to a Pride Parade and see how many large corporations are sponsoring it or have teams in the parade flaunting their logo.  They want to be aligned with the cause.  But alignment and identity do not equal action.  Only when enough consumers recognize this and demand real action, and not just statements, will this change.

Thank you for reading.